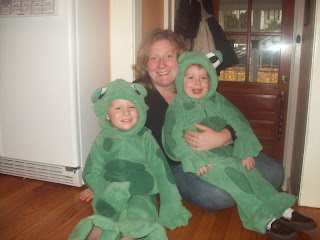 ﻿Halloween was awesome! After the excitement of Sammy getting out and having to spring him from doggie jail, it was nice just having him home.
But the cherry on top of that sundae of joy was that for the first time in two years, no one at our house was sick. Two years ago I had whooping cough/pneumonia and last year there was a nasty stomach flu going around our house. And even though he wasn't as sick as me and Sam last Halloween, John wasn't quite old enough to get anything out of it (oh, and it poured on us after we'd only visited three houses--that was fun).
I love Halloween. Next to Christmas, it's my favorite holiday, so I was excited that we were finally going to be able to take full advantage of it. And it was a full day. A classmate of Sam's  invited us to her Halloween party from 1-4pm, and we'd invited Kira and her family to come out trick-or-treating with us at 4 (when trick-or-treating in the village began), then on top of that, our neighbors across the street decided to throw a last-minute Halloween party from 4-until.
It was such a fun day. Trick-or-treating with ten children 4 and under is crazy, but tremendously fun, because they are so into it. And from house to house, you can actually see their confidence growing, and their absolute wonder at the thought that ringing a doorbell makes candy appear. 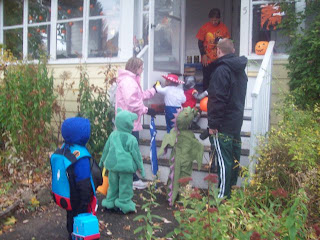 ﻿
And we even had some snow! (Or maybe it was sleet--whatever it was it was white and frozen--and better than rain any day!) That was the perfect addition to a perfect New York Halloween.
I ADORE living in Scotia, NY. Trick-or-treating in the village is exactly what I've always pictured the perfect Halloween looking like. Most of the houses were decorated, the yards were carpeted in brightly colored leaves and the sidewalks in the neighborhood were shaded in the most beautiful (and tall) maple trees I've ever seen. 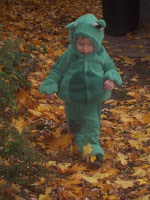 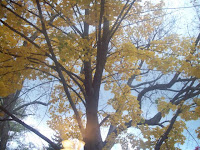 ﻿
The best part, though, is that the Scotia fire department makes the rounds with the big fire trucks, one pulling a covered wagon filled with apple cider and donuts for the kids. They had all the lights on, blew their sirens, and let all the kids sit in the fire truck.  The boys were so excited when they came roaring down the street.
It was the perfect ending to the perfect day.
Posted by Unknown at 7:20 AM