I am writing this in amazement. Imagine the liklihood of two people, from different continents, a Sagittarius and a Capricorn, becoming best friends at the age of 15 and remaining best friends for nearly 20 years. Then imagine the liklihood of their two children, a boy Leo and a girl Virgo, meeting while in preschool, and having the same intensity of friendship as their mothers. I would think the odds were not good. But Nicole and I are those friends, and for the last few weeks have watched as our children have grown closer and closer.

I don't even know how to describe the intensity of their friendship. The closest I can come to it is to say that it's the way twins interact with each other. There's a complete understanding of the other, a desire to be with that other person (most of the time), and the way being together shuts out the rest of the world. I feel this way when I'm with Nicole and it's obvious that Sam feels the same way about Mackenzie. 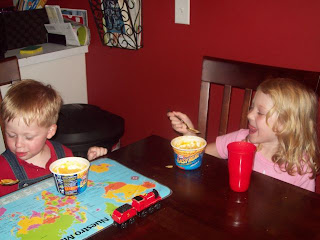 Right now, he's clinging to my knee saying, "Mackenzie dance to the choo choo video?" Sam and Mackenzie spend hours dancing together in the living room. 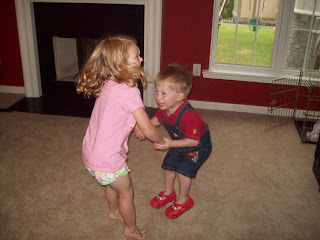 One afternoon, Mackenzie said she wanted me to dance with them. I joined in, but then Sam grabbed my thighs and backed me out of the living room saying, "No, Mommy. Go away." His time with Mackenzie is his time and his time only. 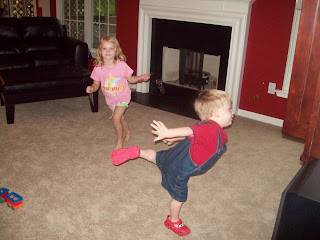 Unfortunately, Mackenzie is still asleep for now, so Sam will have to find a way to get through the morning without her. He's trying to divert himself by eating crackers, but after a week with Mackenzie, he now calls them "crackahs." He also goes to the "toilet," and constantly corrects me because I insist on calling it the potty. :-P 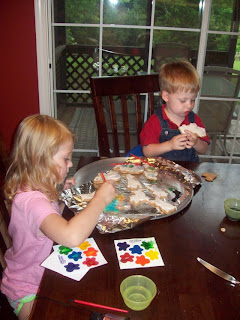 Now he's laying backward on the ottomon, watching The Wiggles and whining to me that Mackenzie is still asleep. Ever so often he'll raise his head up and wail "Mackenzie!" I wish I could help him, but I feel ill-equipped to deal with my lovesick 2-year-old. 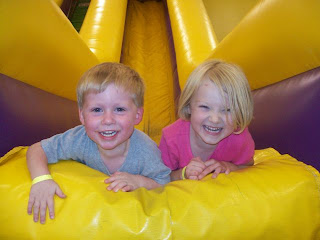